The ZimUzo Foundation is a 501(c)(3) non-for-profit organization dedicated to empowering individuals and communities, through education and community development in rural communities in Nigeria and Pakistan, and in the inner cities of the United States. We leverage technology to enhance education and healthcare delivery, and augment local resources, which are often grossly inadequate or nonexistent. ZimUzo is run by a group of dedicated unpaid volunteers. 100% of the funds donated to ZimUzo goes towards the cause. ZimUzo is a member of the United Nations Ambassadors of Sustainable Development Goals Network and recognized by the Global Peace Chain as a Global Peace Ambassador, advacing world peace by furthering the United Nations sustainability development goals, through quality education, good health and wellbeing, clean water and sanitation.

Oliver has lived in Illinois for the past 30 years, where he has worked as an IT professional for 25 years. Oliver is a follower of Jesus Christ, a philosopher, a poet, and a published author. He was inspired to engage in philanthropy right from a very young age, standing in line to receive food rations at a Red Cross hunger relief center in Eastern Nigeria, as an 8-year-old boy, malnourished from starvation, just like millions of Biafran children were at the end of the Nigerian-Biafran civil war; a war that claimed the lives of millions of children his age. In his tortured little mind, the aid workers were the closest he could imagine angels, because not only did they bring life-saving food to people who were forced to starve as a result of the Nigerian Government using starvation of Biafrans as a military strategy and weapon of war, those aid workers were doing it for people they didn’t even know. The aid workers were literally giving life to starving children, many of whom would have died of malnutrition in a matter of days.

Oliver decided on that day, that when he grew up, he would be like those aid workers and would always do what he could to help people going through hardship, especially children. He has been actively involved in philanthropy for over 20 years. ZimUzo is the fulfilment of a 20-year dream; its predecessors were HelpLink Foundation and HisVirtues Foundation, which were precursors to establishing a non-for-profit organization dedicated to education and community development.

Oliver strongly believes that education is the most effective way to empower people, because knowledge comes from education, liberates the mind, and leads to resourcefulness and innovation, all which improve lives, communities, and foster peace. 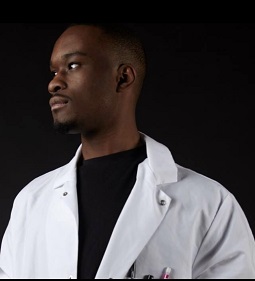 Samuel is a graduate of the Illinois Mathematics & Science Academy and currently a senior at the University of Illinois at Urbana-Champaign, where he is pursuing a double major in Psychology and Creative Writing. Sam is also an IT professional, certified in Microsoft technology. He is currently working on his second manuscript and aspires to inspire the world through creative writing. He has been involved in student enrichment programs since high school, as a tutor and mentor. He strongly believes in philanthropy, the notion of using one’s talents and time to benefit others, especially those who are disadvantaged. His passion is giving hope and encouragement to the discouraged and the hopeless. His quest is to find a way to inspire the world to bridge the divide that undermines the collective human potential for justice and peace. 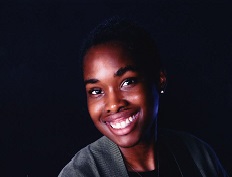 Amarachi is a graduate of the Illinois Mathematics & Science Academy and currently a senior at the University of Illinois at Chicago, where she is pursuing a B.S. in Psychology and minors in Biology and Public Health. She is also a student researcher at the University of Chicago who has presented her research at multiple conferences, such as the Harvard Medical School New England Science Symposium and the National Institute of Health (NIH). Her research review paper on the relationship between sleep, obesity, and metabolic health in adolescents has been published in the medical journal, Current Opinion in Endocrine and Metabolic Research. She is a published author currently editing her second manuscript. She aspires to become a pediatric oncologist/hematologist, obtain a Masters degree in Public Health, and perhaps a PhD. Her passion is all things global: global health, global languages, global missions, and global affairs.

Her inspiration for pursuing pediatric medicine and global health stems from her love for children, making ZimUzo a tangible manifestation of her passion and Christian faith, along with her volunteer work in hospitals, student enrichment programs, and nonprofits such as Feed My Starving Children. Amarachi actively follows the works of global health organizations such as the United Nations, UNICEF, World Vision, the World Health Organization, and Médecins Sans Frontières. She speaks English, French, and Korean, the latter of which she began learning in 2019 due to her interest in the works of the South Korean band BTS.

By subscribing to our mailing list, you will always be updated with information about our programs and events.